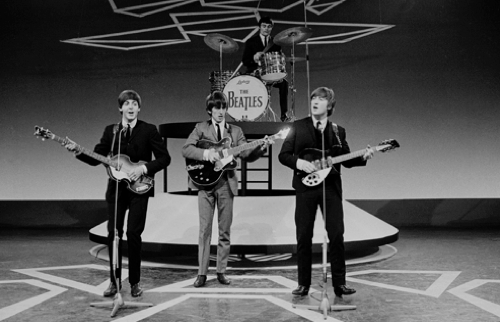 When to Use “The” in English. A Rock “n” Roll Guide to Grammar!

English Club’s guide to grammar: When to use “the” in English

Foreign users of English are not alone in their overuse of the English language’s specifying article, rock bands have been known to like it too. See the clip below of “The The” a rock group that have been in action since the late 1970s!

However, while John Lennon, Jim Morrison and others might be able to get away with it, the humble writer of English can’t.

So we have compiled a brief list of dos and don’ts covering when to use “the” in English to help you avoid overusing rock ‘n’ roll’s favourite article.

When To Use “The” In English 1

Use the when you are talking about something specific

The house where John Lennon grew up is now a popular tourist attraction. (specific)

The guitar played by Jimi Hendrix at Woodstock Festival in 1969 was sold for around $2 million to Paul Allen of Microsoft. (specific)

When To Use “The” In English 2

Use the when it is clear what we are referring to:

The floor is dirty. (the floor in this room)

She went to see the doctor. (her usual doctor)

Can you pass me the hammer, please? (the hammer near us)

When To Use “The” In English 3

Use the when referring to something you have already mentioned:

I went to a concert in London and stayed the night in a hotel. The concert was fantastic.

I saw an excellent singer busking near Kings Cross station. The singer had long, purple hair and everybody coming out of the station was stopping to listen to her.

When To Use “The” In English 4

Use the when there is only one of something:

For example, in the name of the Pink Floyd album “The Dark Side of The Moon” or George Harrison’s post-Beatles hit “Here Comes The Sun“.

When To Use “The” In English 5

Don’t use the with home or work unless you are making reference to something specific:

I go home when I finish work at 5pm. I get home at 6pm and I stay at home most evenings.

The home where I grew up was always full of people.

I go to work everyday. I start work at 9am and I finish work at 5pm.

The work she did in Africa was superb.

When To Use “The” In English 6

Use the with superlatives:

The Sex Pistols’ single “God Save The Queen” is quoted as being “the most heavily censored record in British history” after being banned by the BBC and every independent radio station.

Led Zeppelin are considered by many as the greatest British rock band of all time.

When To Use “The” In English 7

Don’t use the when you are talking about continents, countries, cities or towns.

Except with those which include “States”, “Republic”, “Kingdom” and “Emirates”. 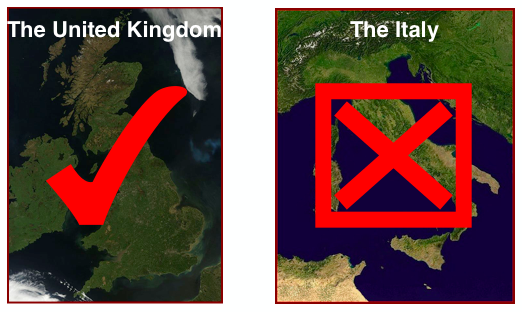 When To Use “The” In English 8

Use the with the names of mountain ranges, seas, oceans and rivers.

But don’t use the not with lakes or individual mountains.

And finally, in June 1995 a 32-foot statue of Michael Jackson floated down The River Thames as part of a $30 million promotion campaign for the singer’s album “History”.

Watch the video below of one of the most outrageous self-promotions ever!

So follow these tips about when to use “the” in English and your writing will soon be sounding more like “The Business” and less like “The Others”!

From the UK and originally formed in the late 1970s, singer/songwriter Matt Johnson has been the only constant member of the group. The band’s highest ranking UK album was the 1993 release “Dusk”.

Described by the Rock and Roll Hall of Fame as “arguably the greatest instrumentalist in the history of rock music” Jimi Hendrix was the highest paid performer in the world at the time of his death in London in 1970 aged 27.

Deemed responsible for initiating the punk movement in the UK in the 1970s, their original career lasted just two-and-a-half years producing only four singles and one studio album. Even so, they are considered by many to be one of the most influential bands in music history.

Formed in London in 1968 the band are generally considered to be one of the most successful and innovative rock bands in the history of music, influencing bands and artists such as Deep Purple, Queen, Nirvana and Madonna.

Another group formed in the 1970s, The Business are a punk rock band from London.

The Others are an English rock band. Their self-titled debut album was released in 2005 and reached number 51 in the UK charts. Their biggest UK hit single was “Lackey” (an English word dating back to 1529. In popular culture it is a derogatory term for a servant with little or no self-respect) but our favourite is “Stan Bowles” a song about a retired English footballer.