The comma is one of the most frequently misused punctuation marks and the well-meaning advice to use a comma wherever you would pause in speech just doesn’t cut the mustard.

However, fear not punctuation pupils because the comma is really quite simple to use. It has four clear, well-defined uses which we will explain one by one in this blog.

When To Use A Comma 1: The Listing Comma

The listing comma, as the name might suggest, is used for making lists.

Firstly, We use it when we have a list of three or more things with the construction x,y and z.

Notice that a listing comma always replaces the word “and” or “or”. We could rewrite the above sentences as follows…

The three wise men brought gold and frankincense and myrrh.

My favourite poets are Dylan Thomas and William Wordsworth and Philip Larkin.

However, the result is a bit clumsy and not very appealing to read.

In British English it is not common to use a comma before the final and in a list (x,y, and z) although it is sometimes used to avoid confusion.

My favourite foods are cornish pasties, beans, and fish and chips.

Here it is clear that the three foods are: 1. cornish pasties 2. beans 3. fish and chips

But if we remove the second comma,

My favourite foods are cornish pasties, beans and fish and chips.

The reader may now think that the dishes are 1. cornish pasties 2. beans and fish 3. chips

This second comma is sometimes called the Oxford comma and is common in American usage though in British English it is only used to avoid confusion, as in the example above.

Secondly, a listing comma can be used to separate modifiers which all modify the same thing.

I will always remember watching the beautiful, intense sunset over the immense, lapping, blue ocean as I held her soft, trembling, tanned hand in mine.

Also, in this case we could replace the commas with the word “and” but the effect is not quite the same…

I will always remember watching the beautiful and intense sunset over the immense and lapping and blue ocean as I held her soft and trembling and tanned hand in mine.

Now consider these incorrect uses of the listing comma:

She gave me a new, gold watch.

Here you cannot use a listing comma because there is no list.

This is evident if you try inserting the word “and”, because you cannot say:

I drink red and French wine

She gave me a new and gold watch

This is because the modifiers do not modify the same thing. In the first sentence red modifies French wines, not just wines. In the second gold modifies watch but new modifies gold watch.

When to Use a Comma 1: The Listing Comma

Use a listing comma before “and” or “or” only if it is necessary to make the meaning clear.

The joining comma is used to join two complete sentences together into one neat whole. A joining comma must be followed by a joining word.

David is in love with Victoria, and so am I.

You must follow the rules, or you will make mistakes.

They are going to Blackpool for the weekend, but I don’t think it’s a good idea.

Football is the most popular sport in England, while in Wales it’s rugby.

The weather in Scotland is supposed to be terrible, yet every time I go it’s sunny. 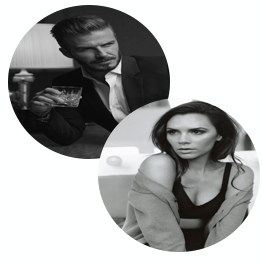 Remember you cannot connect two complete sentences together unless you use one of the above joining words.

Therefore the following sentences are incorrect:

Indian food is spicy, French cuisine is quite plain.

The south of Spain is very hot, the North is much cooler.

This is one of the most common misuses of the comma, but one which is easy to correct by adding a joining word to the offending sentence:

Indian food is spicy, while French cuisine is quite plain.

The south of Spain is very hot, yet the North is much cooler.

Use a joining comma to combine two complete sentences

A gapping comma is used to avoid the needless repetition of words in a sentence. It shows that words have been omitted.

Let’s look at an example:

Some people like to visit historical sites when they are on holiday, while others, prefer seaside resorts.

In Britain people typically eat dinner at 6pm; in southern Spain, at 10pm!

These two sentences written out in their entirety would be:

Use a gapping comma to avoid needless repetition in a sentence.

Bracketing commas are used to separate a non-defining relative clause from the rest of the sentence. They isolate additional information in a sentence. 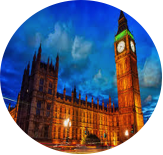 My mother, who is in her nineties, still drives everyday.

The race, which took place at night, was one of the best I have ever seen.

Big Ben, which is 96m tall, is one of London’s best known monuments.

Here is an example of incorrect use:

On the horizon, he could see, her boat approaching

If we remove the bracketed information the sentence “on the horizon her boat approaching” has no sense. So it is clear to see that the commas have been used incorrectly.

Bracketing commas can also be used to add additional information to the beginning or end of the sentence. These are also called weak interruptions. 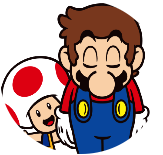 At this rate, we will never leave the house.

The library doesn’t stock any books by Shakespeare, which is utterly ridiculous.

Having played computer games all his life, Julian is not really in touch with the real world.

Britain has no written constitution, unlike most other nations. 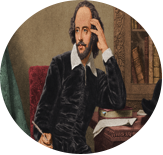 As with the previous examples we can remove the additional information and the sentence still makes complete sense. Here the only difference is that the added information comes at the beginning or end of the sentence and as such only one comma is necessary to separate it from the main information.

Use two bracketing commas to separate additional information in a sentence.

Use one bracketing comma to separate additional information placed at the beginning or end of a sentence.

Check your use of bracketing commas by ensuring the sentence still makes sense when the additional information is removed.

Use a Listing Comma in a list where it would be possible to use “and” or “or” instead.

Use a Gapping Comma to show words have been omitted when it is possible to avoid repetition.

Are you looking for wonderfully worded, precisely punctuated English writing and translation services?